Reason for leaving/Reason for seeking a new opportunity

Candidate 1 is currently working as an Integration Test Team Leader, he was previously working in a software development capacity using mainly Embedded C, but since returning from paternity leave he was moved into the Test team to temporarily work as a test engineer. This role was only supposed to last 3 months, however it’s now been 9 months, and he is still in the test team. Candidate 1 would like to move back into a software development role and progress his career. He holds over 15 years of experience in C and embedded C programming, as well as Linux and Unix shell scripting, he holds a Degree in Computing from the University of Northumbria and has worked for the likes of Nomad and Accenture within an Embedded C environment.

Currently, Candidate 1, has worked in various roles, including Software Team Leader, Project Engineer and Project Manager Liaison. From a leadership perspective, whilst supporting the project manager, Candidate 1 was organising and paying contractors, carrying out background tests on software and project reviews, in his previous role, he led a project team of 4 developers and one business analyst responsible for research, requirements analysis, design and development of embedded C applications. Although he hasn’t been involved in direct management activities, such as conducting disciplinaries, grievances or recruitment, he has acted as lead and senior software engineer on numerous occasions throughout his career and is at ease when delegating tasks and ensuring projects are delivered in line with budget and time guidelines. Candidate 1 has also been involved in mentoring and training more junior members of staff and enjoys this aspect.

Candidate 1 would class himself as a highly methodical and systematic individual who is able to proactively identify issues and provide the most suitable solution to meet the requirements of the business and the customer. He has a strong desire to utilise his current skills and develop his career, he would be very interested in achieving a Chartered Engineering or Incorporated Engineering status in the near future.

Upon interviewing Candidate 1, he is clearly an intelligent individual with an excellent skillset in embedded C and C++. He doesn’t have any other opportunities in the pipeline at the moment and would relish the opportunity to move into a software team leader position. He is currently earning £44,000 and would be looking for a 10%-15% pay increase, he would accept a minimum of £48,000.

November 2016 to Present – Project Manager’s Liaison for the Software Team: 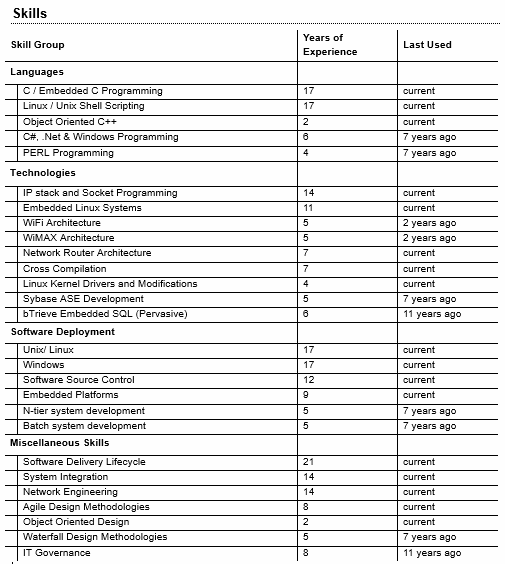 Thank you for uploading your cv!

A representative from Westray will be in touch with you shortly.